​​The video on my main gallery page of my solo exhibit, "There, There: Healing Dolls as Solace in an Off Kilter World,"  January through March of 2019 shows some of my most recent dolls. The video tells the story of many of my dolls in detail and helps you to see them in three dimensions. Several of the dolls have sold. I have tried to note in the gallery which dolls are no longer available. 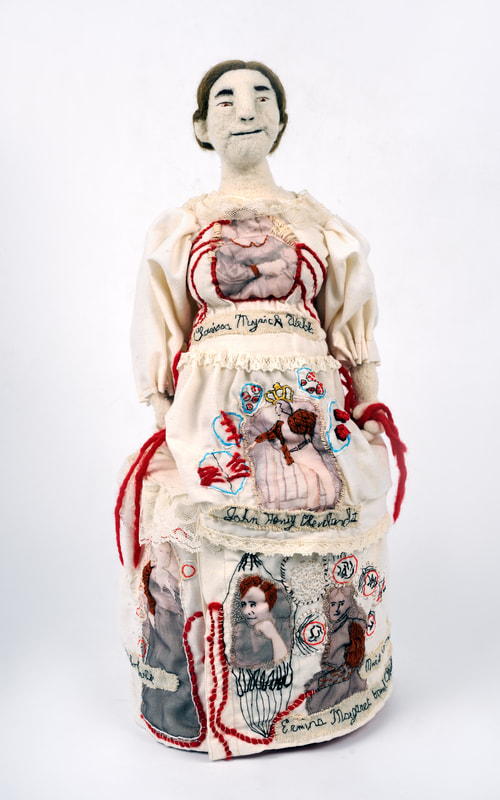 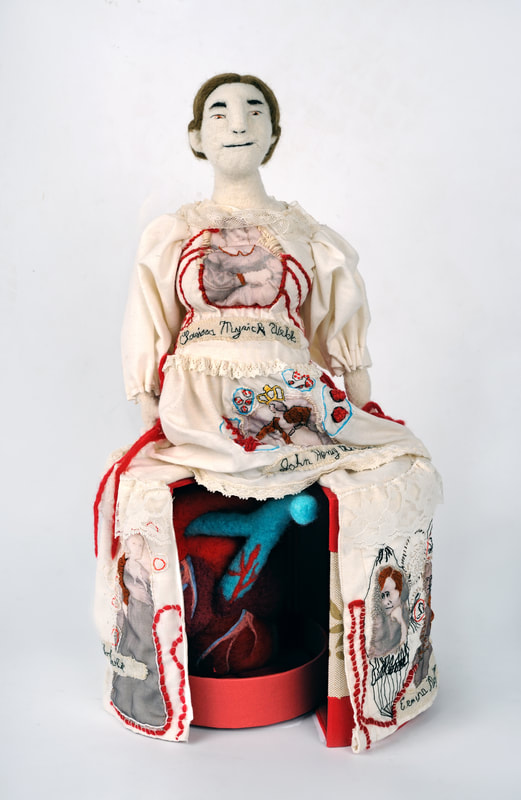 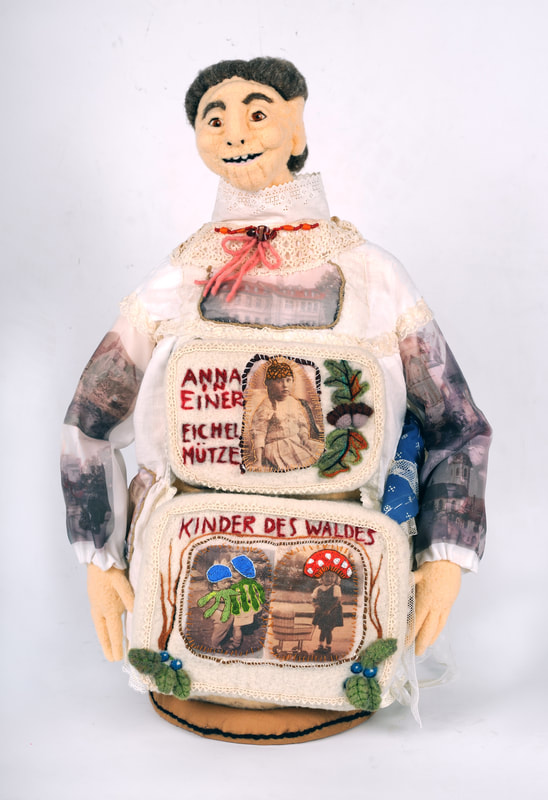 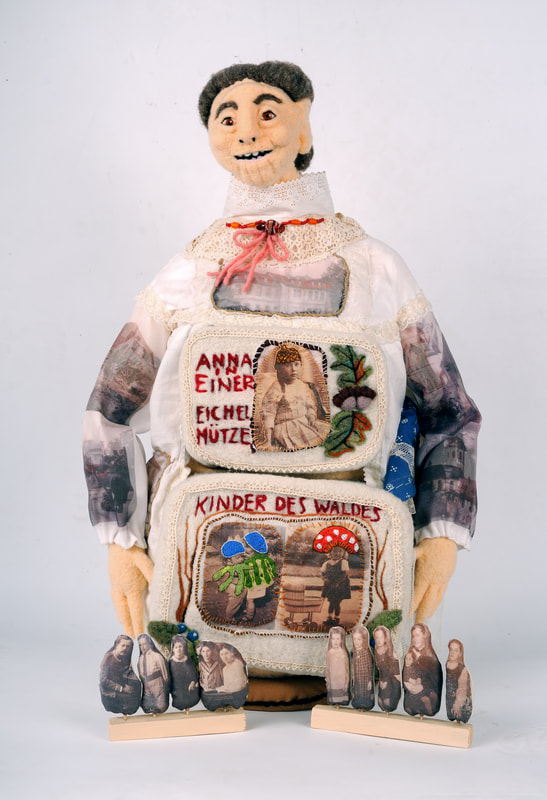 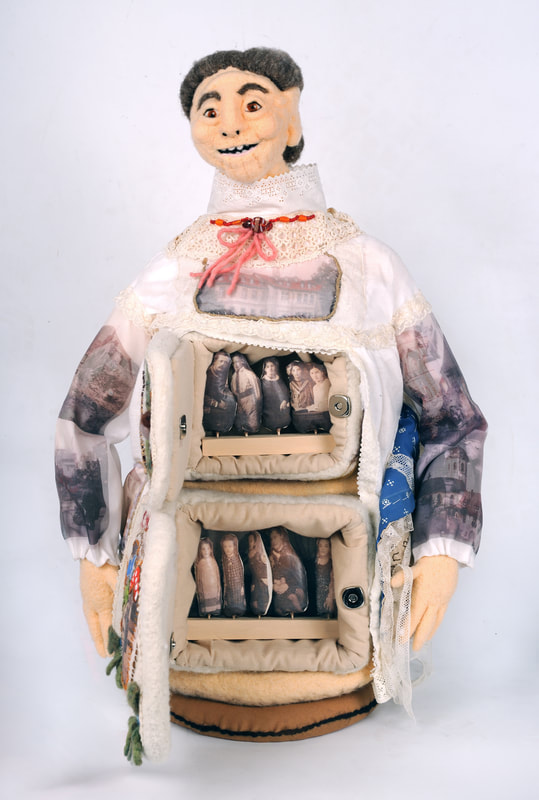 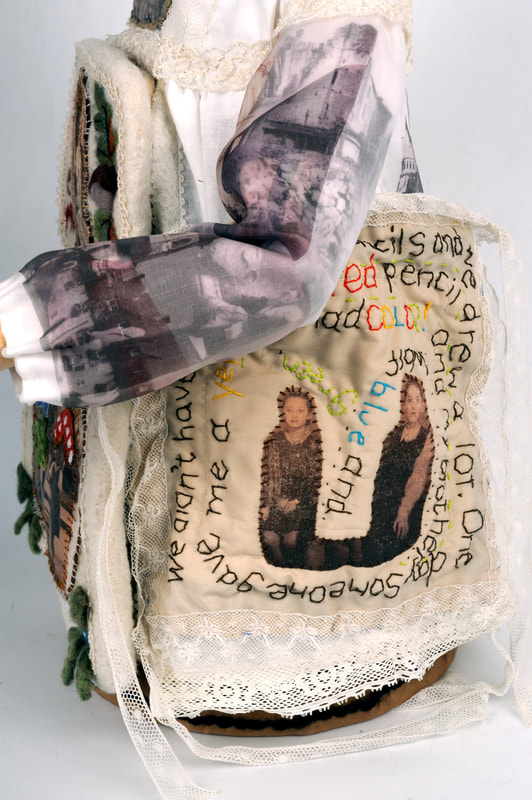 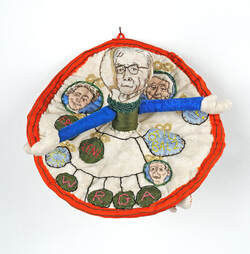 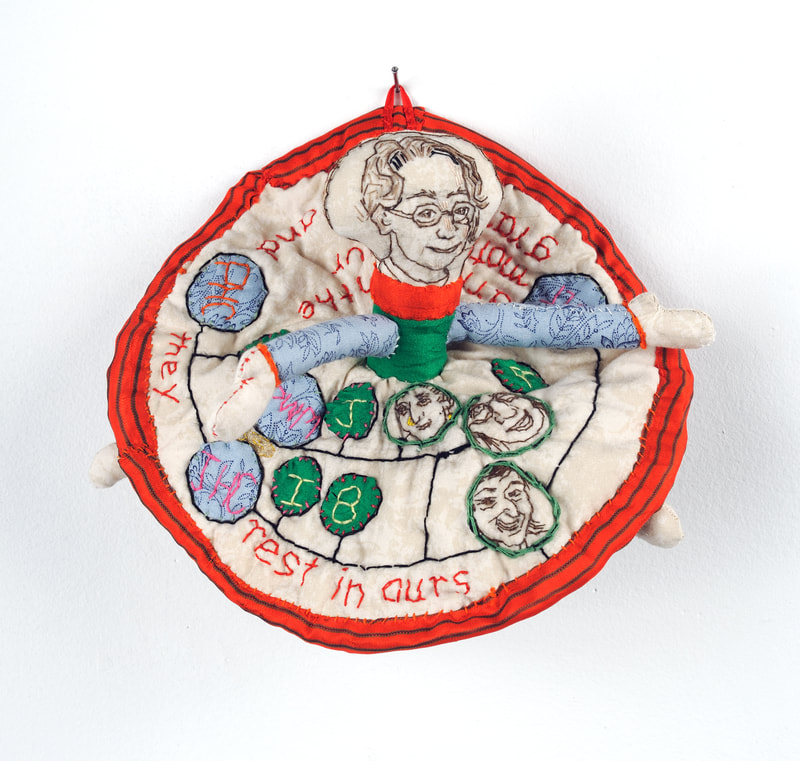 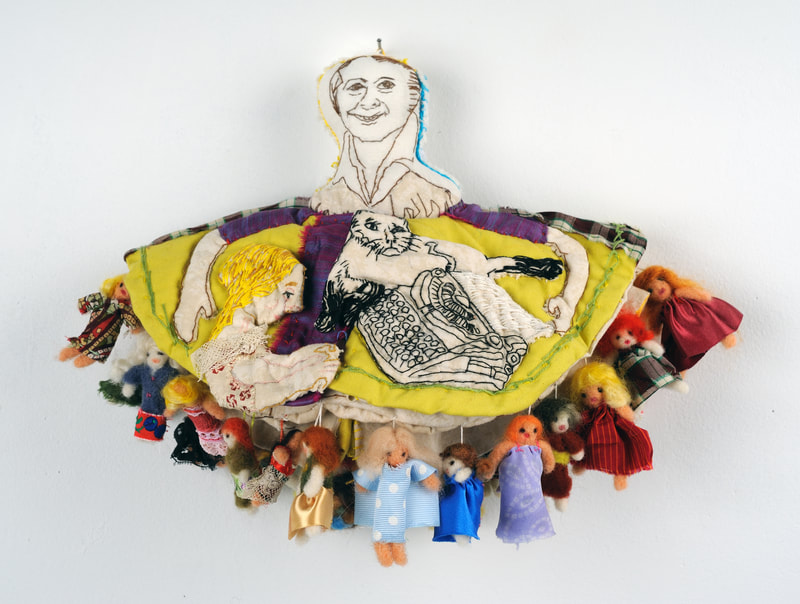 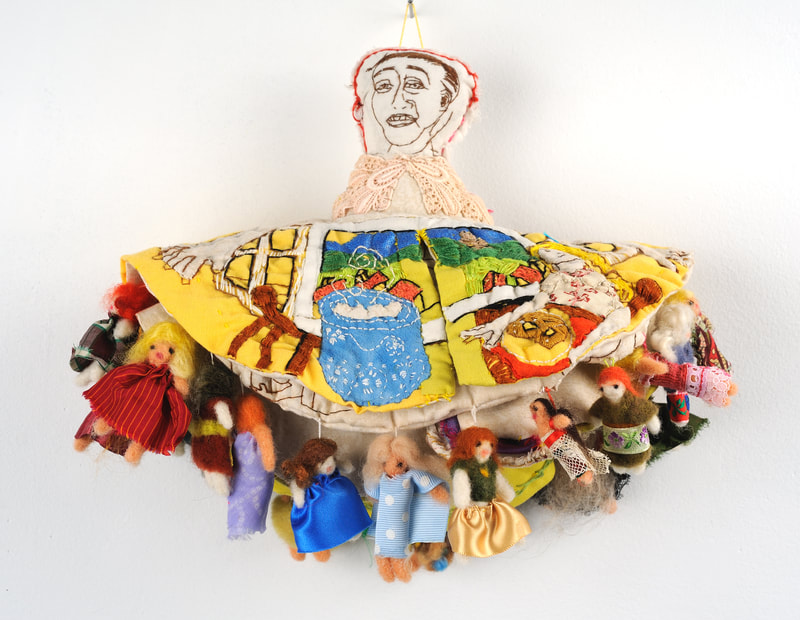 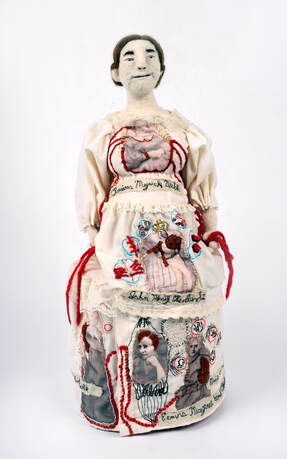 Bloodlines: Five Generations tells the story of generations of strong women in my father’s family. Even though my father is in the center of the doll, the real strength of the family was in the women. The doll opens to reveal a heart, the source of strength and connection, the "bloodlines."

​I write more about this doll here in my blog. 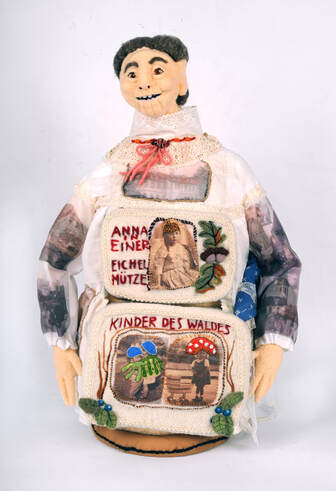 
Anna in Her Acorn Hat, Children of the Forest, depicts three generations in my German mother’s family, telling the story of how my mother’s family dealt with the hardships of wartime Germany. Darks and sepia represent hardship, while spots of color show inventiveness and creativity, with magical fairy tale details. 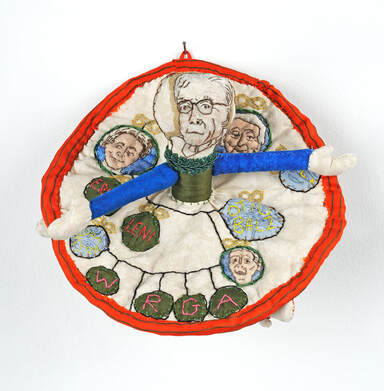 This image depicts one side of a flip doll about my German grandmother, whom I called Oma Nestele and her descendants. One side, shown here, shows Oma and her children, the other side continues on from my mother to show me and my siblings as well.

​This small doll celebrates the connections in my family. The golden infinity signs next to someone's face or initial mean that this person has died. 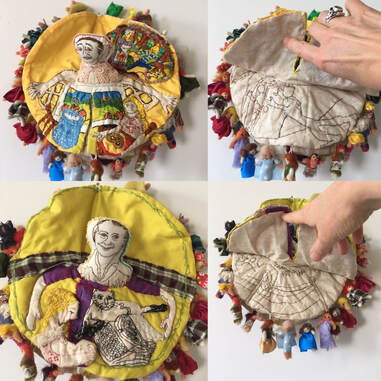 This one also fits in the flip doll category. Here you can see all four layers of this ancestor flip doll. It tells the story of my relationship with both grandmothers, based on childhood memories.

The two images on the left show the ways in which my Omas comforted me as a child. (Oma is the German word for Grandma.) Oma Nestele, my German grandmother,  had this wonderful kitchen with a view out over a huge landscape, with a small mountain in the background. The windows opened outward. Oma Nestele would make a special "Dampfnudel" soup for me and my sisters which we would eat with special pretzels from the local bakery.
Oma Cleveland was a kindergarten teacher and had a typewriter that my sisters and I were allowed to play with. And she had a cat named, Snowball, who was black.

The two images on the right show the nightmares I would have as a child. Each grandmother comforted me from these nightmares in her own special way. The many tiny dolls along the edges of the skirts represent the connections of family over generations.