The video on my main gallery page of my solo exhibit, "There, There: Healing Dolls as Solace in an Off Kilter World,"  January through March of 2019 shows some of my most recent dolls. The video tells the story of many of my dolls in detail and helps you to see them in three dimensions. Several of the dolls have sold. I have tried to note in the gallery which dolls are no longer available. 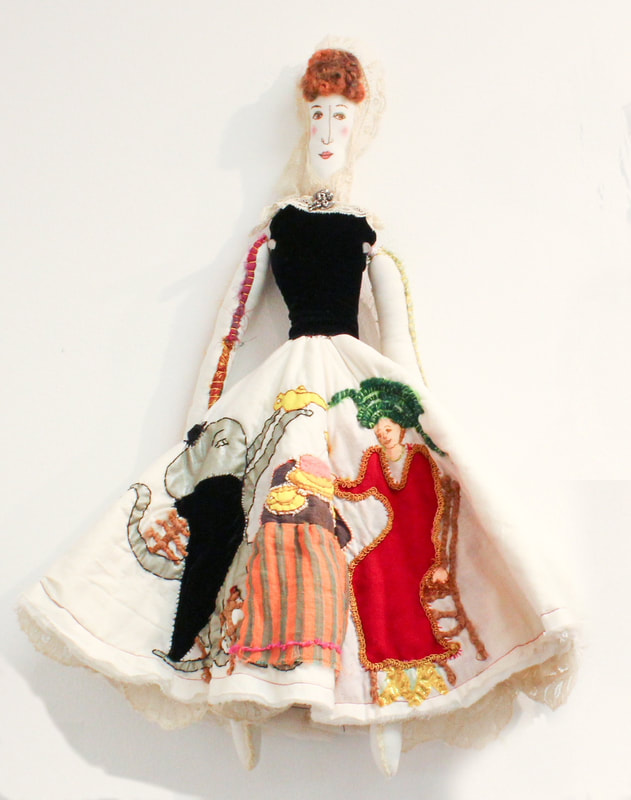 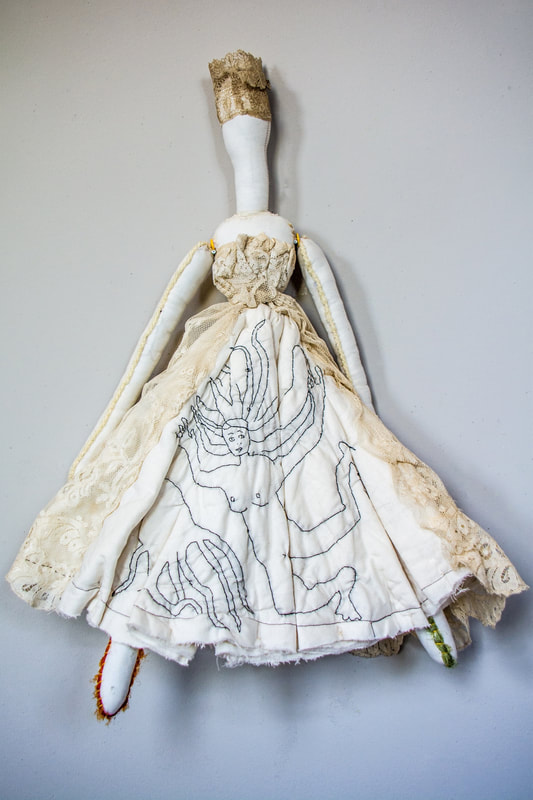 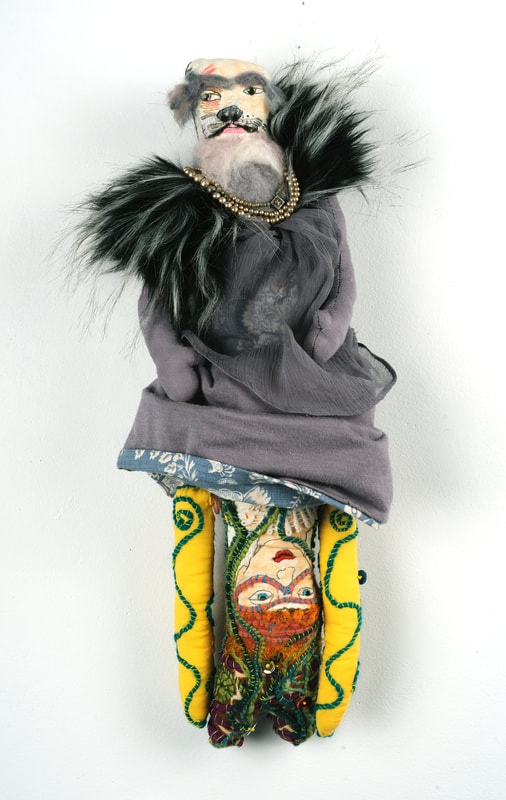 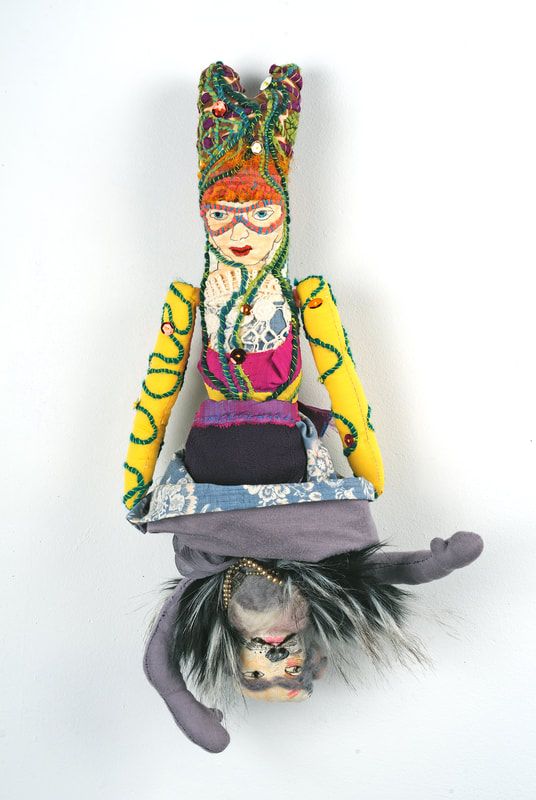 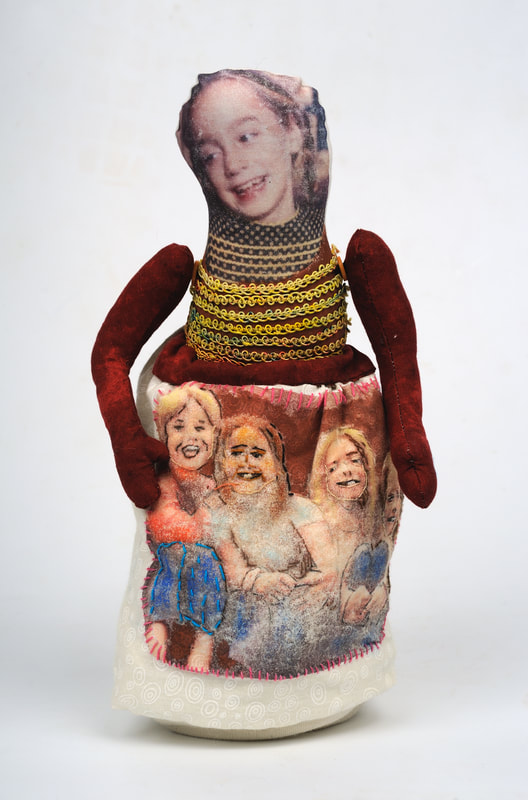 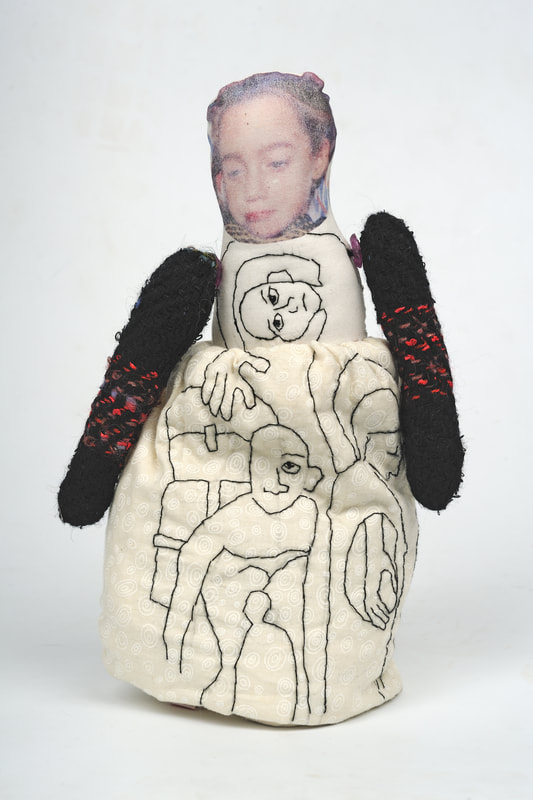 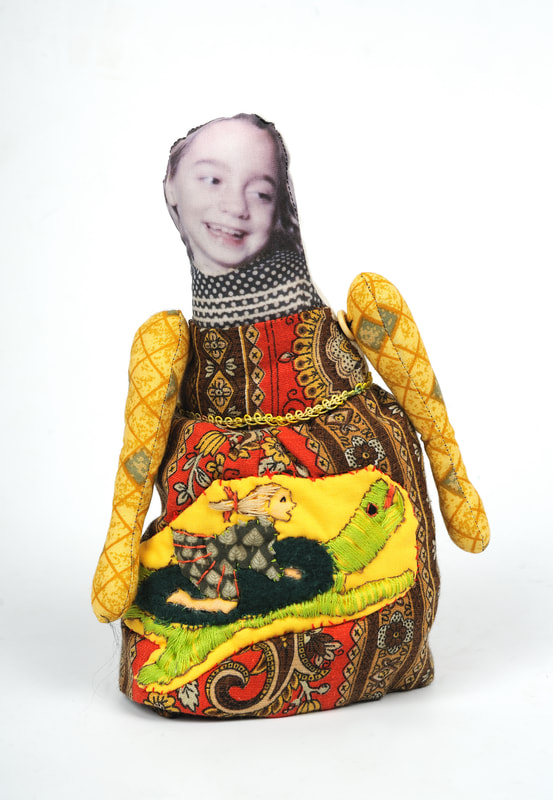 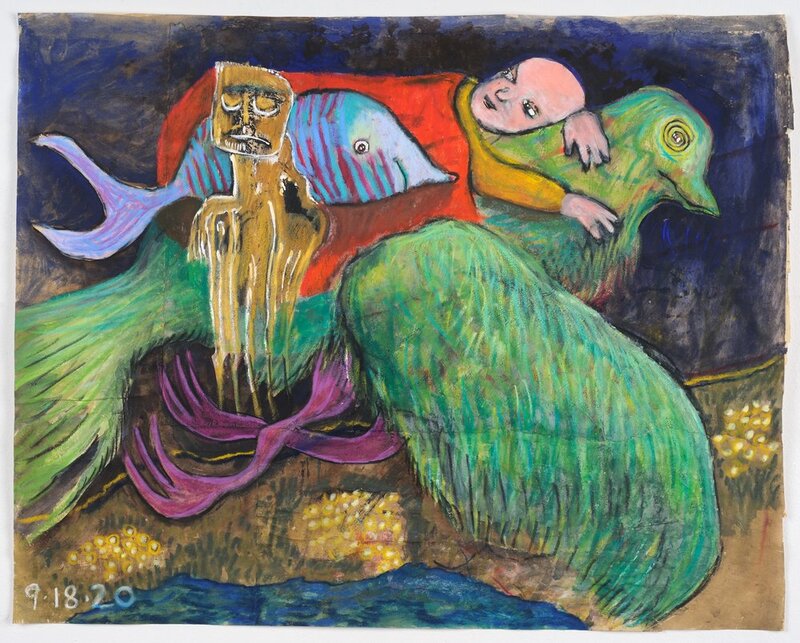 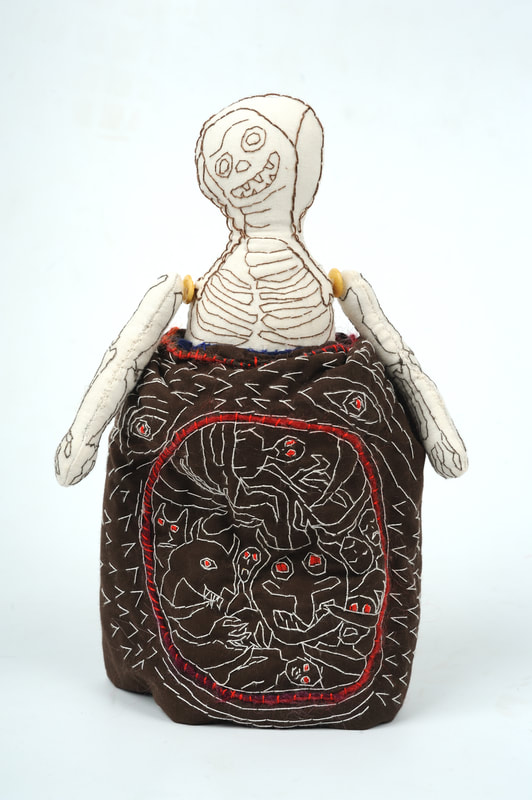 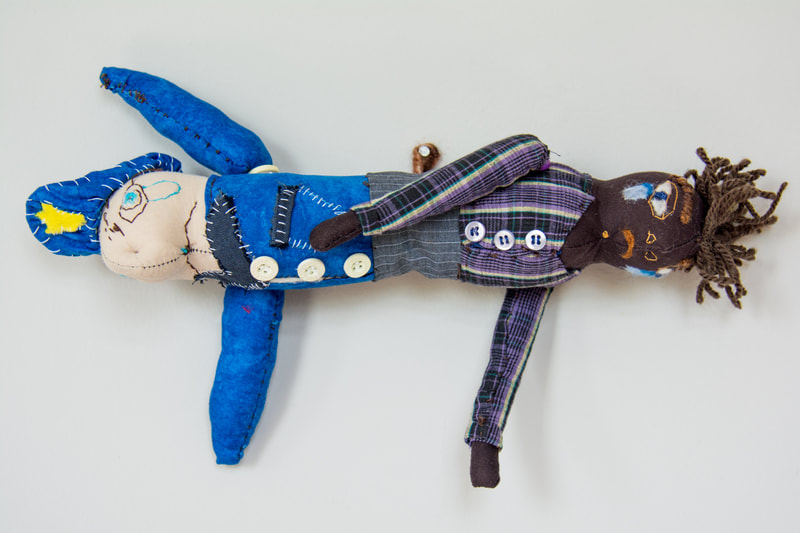 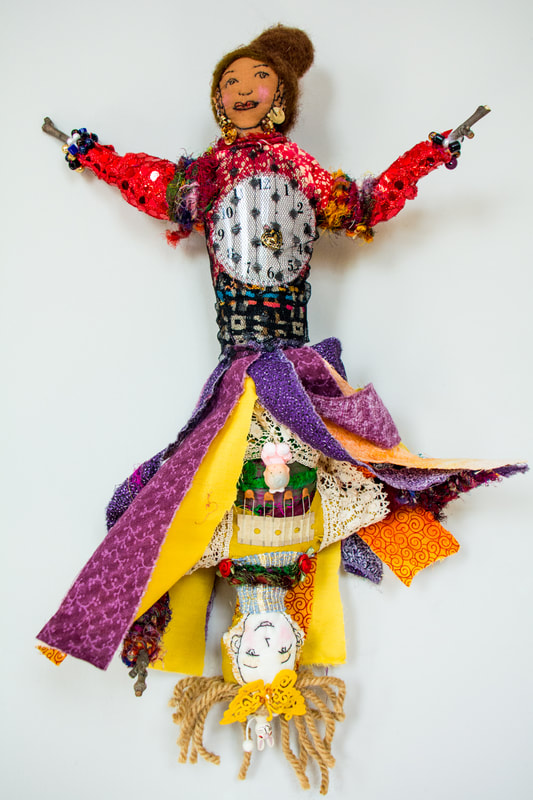 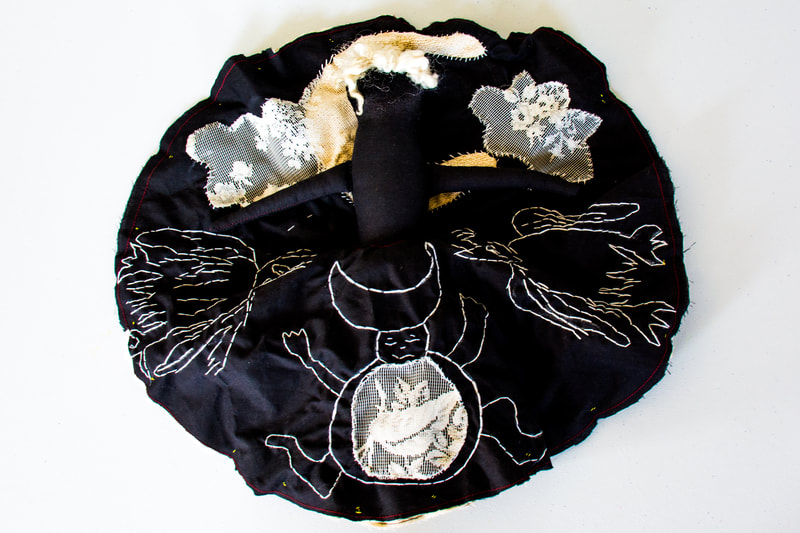 Shadow flip dolls are dolls that inhabit that liminal space between worlds. In a sense you could say that all flip dolls are shadow flip dolls, but these were meant specifically to address and begin to integrate those shadow parts that are so easy to want to reject. These could be represented symbolically, such as the Medusa and Octopus doll or could address childhood fears and nightmares, as in the Childhood nightmares dolls. 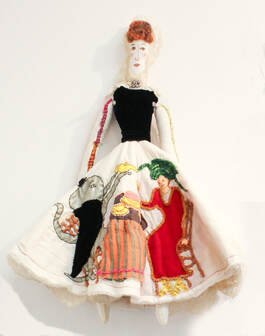 "Tea time" side of Medusa and the Octopus
Shadow Flip doll 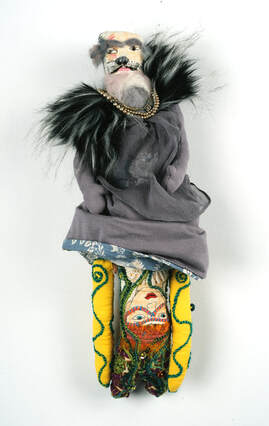 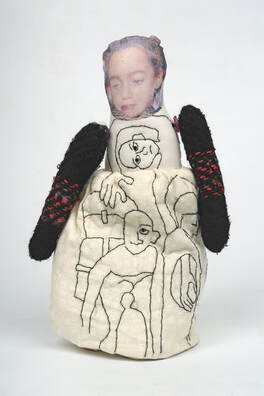 ​"Nightmares" side of Nightmares I
Shadow Flip Doll 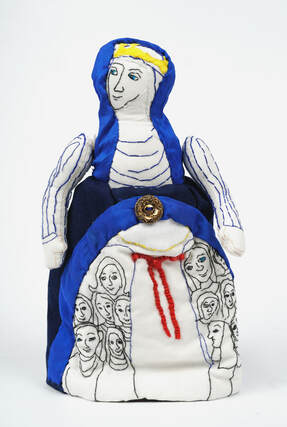 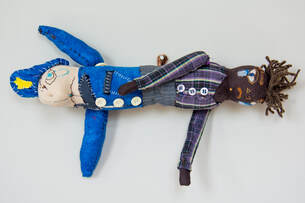 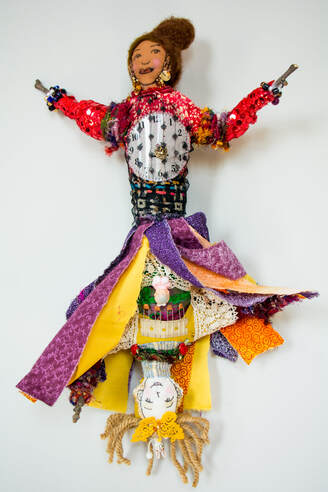